No Vacation began in early 2015, and quickly received attention for the nostalgic bedroom-pop sounds off of their debut mixtape, Amo XO, and surf-rock single, “Draem Girl”. A few months following the release of their second mixtape, Summer Break, No Vacation went on an indefinite hiatus. The five-piece officially reassembled in 2017 after playing shows under various names and a few line-up changes.

Since their reunion, No Vacation has released 2 singles, “Mind Fields” and “Yam Yam”, off of their new EP Intermission, which is set to be release with Topshelf Records this November. As they transition out of San Francisco, No Vacation will bring the novice “wavy-gravy dream-pop” sounds of Intermission to Brooklyn. 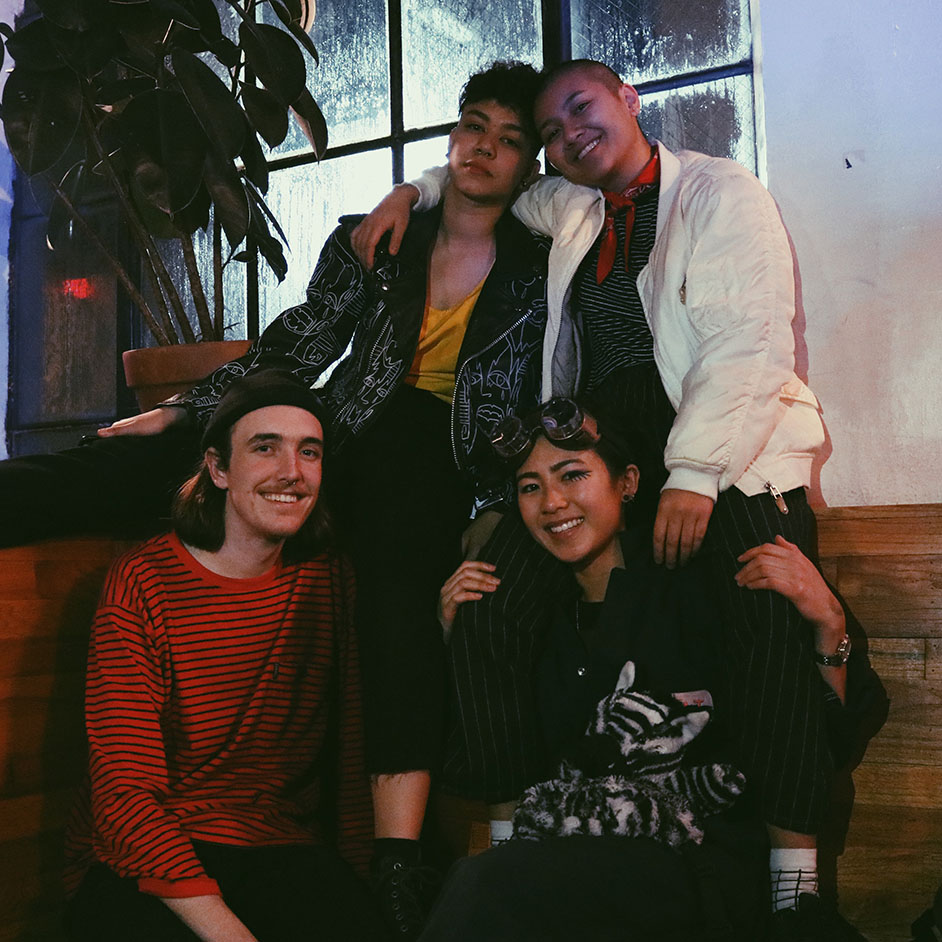 "A misty rock song with dreamy hooks."
-The Fader (on "Mind Field")

[In their debut mixtape "Amo XO"], released last April, the songs in it like "August", "Beach Bummer", and "Lovefool" are the soundtrack lazy days when the sun shines too hot and all you want to do is spend a day in a room or be on a road trip together with your friends.
-NYLON Indonesia