It doesn’t seem possible that the fuzzed-out rhythms and walls of sound coming from Bethlehem, Pennsylvania could be produced by anything other than a fully-fledged guitar band. But, all that noise, energy, and fun is the work of Carly Comando and Tom Patterson, the wife and husband duo who together make Slingshot Dakota the little band with the big sound. Combining a robust low-end with sweet and delicate melodies, Carly makes full use of her heavily effected keyboard while also providing vocals that are, in turn, sweet and polished or earnest and raw. Tom fills out the sonic middle ground with his drum kit, knowing just when to hold back, and when to let loose and whale away. It’s a little bit pop; it’s a little bit punk; but it’s 100% fun. 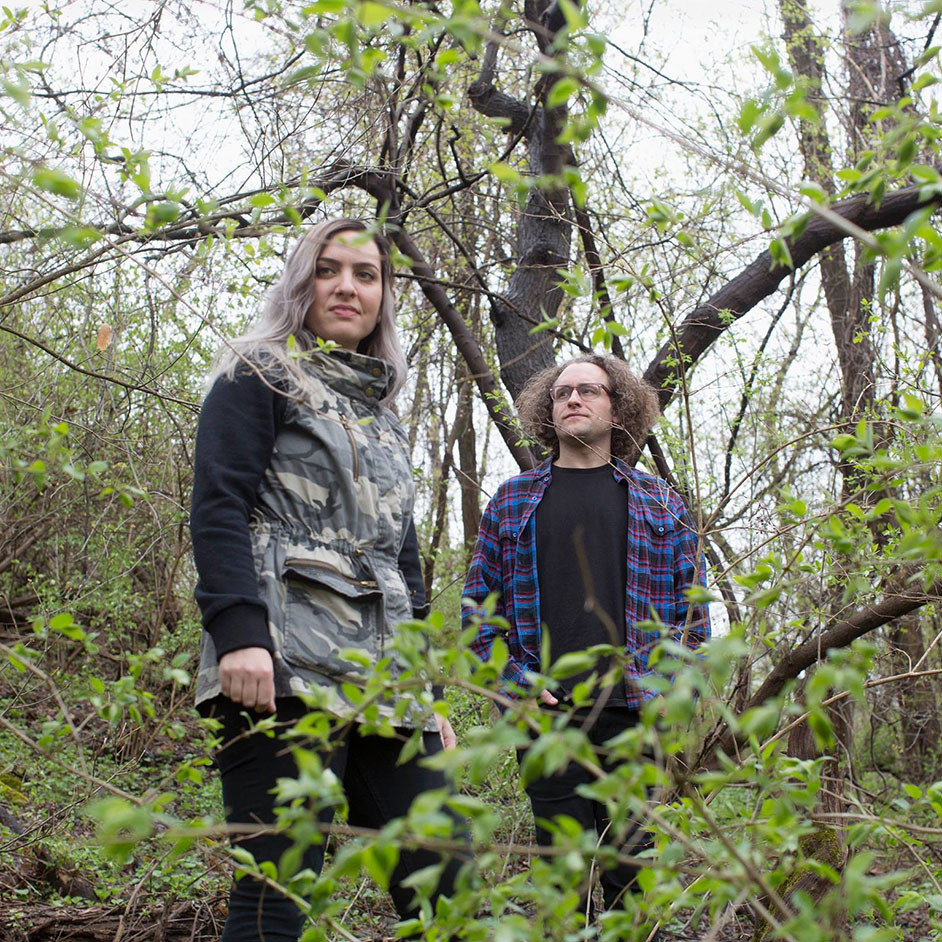 "['Grudge'] is melodic and crushing in equal parts, and reaches a thunderous climax, with bucketloads of dissatisfaction being spat out."
-DIY Magazine

"On latest single, "You," Comando nimbly bounds across the keys while maintaining a sturdy foundation of chunky bass and distortion; Patterson buoys the fuzz with brisk rhythms."
-Rolling Stone

"It’s a record that doesn’t shy away from the potential for fracture in our lives, but it also doesn’t dwell on that possibility. It approaches love on a scale that doesn’t tip too cynical or idealistic."
-Stereogum (on "Break")

"When you see Slingshot Dakota, often on a bill with three or four punk or hardcore bands, it’s an experience in contrasts to watch such powerful and moving music come out of a two-piece."
-NOISEY

"Dark Hearts deals a lot with getting through hard times, the loss of loved ones, coping with grief and struggles. But it channels those feelings into singalong refrains, bright melodies, danceable tempos; stuff that sounds as great when they played it live as it does on the album.”
-WXPN

"There's something about "Lewlyweds" that makes the song's tone difficult to pin down, a notion between burying the past and knowing what's lost."
-NPR